A winter of abundant rains in the Mediterranean region. Not so in the rest of Spain accustomed to a good level of rainfall, where a generalised drought was soon forecast. On the Mediterranean, after years of drought, a generous winter promised peace of mind for the plant cycle. There was good wood formation and good budding. The first surprise of the year were the April frosts that ravished the north of Europe and affected a significant portion of the north of Spain, and while temperatures did not drop below zero on the Mediterranean, the cold did affect the setting of the Bobal, a variety which is very sensitive to the cold.

Having entered the ripening period, we had no precipitation for the whole of the summer month, bringing the cycle forward by 15 days compared to a normal year. Linked to this lack of rain, the harvest in Spain decreased every day that passed without sufficient water reserves. Our zone did not suffer thanks to the well-established, mature vineyards, but the conditions did bring the harvest of the early varieties forward in general. 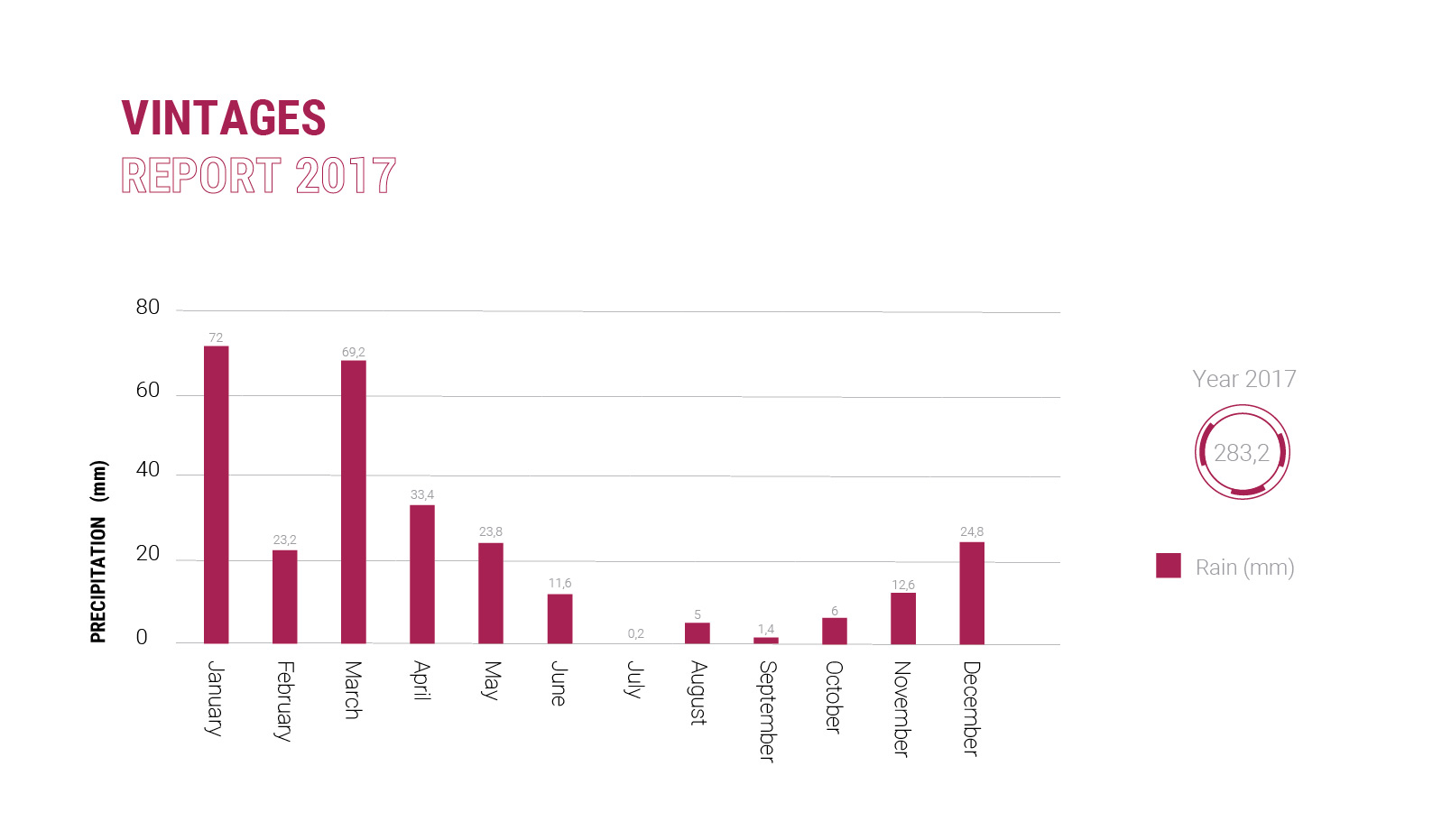 The Garnacha from Vallejo Avenas was harvested on two separate days, on 24 August and on 5 August/September. The fruit was very flavoursome at the first harvest, and at the end of August the temperatures became milder and the ripening of the tannins was improving day on day, so we held back a little longer to obtain better texture.

Mild temperatures arrived for the Bobal in the first fortnight of September, with cold nights. This thermal oscillation improved the firm tannins of the Bobal, letting us to wait until the compromise between fruit and tannin grain was achieved. Trena and Vallejo de Avenas were harvested on 15/09/17, Manzan on 19/09/17, and Cañada Álamos on 22/09/17.

The Bobal for Viña de Carmen was harvested on 12/09/17, sacrificing tannin maturity a little in search of a crunchy fruit with nerve.

The Garnacha for La Comarcal was harvested on 6 September, from the Guindal plot, with a yield of 3 kg per plant, very fruity, with less body but great fluidity.